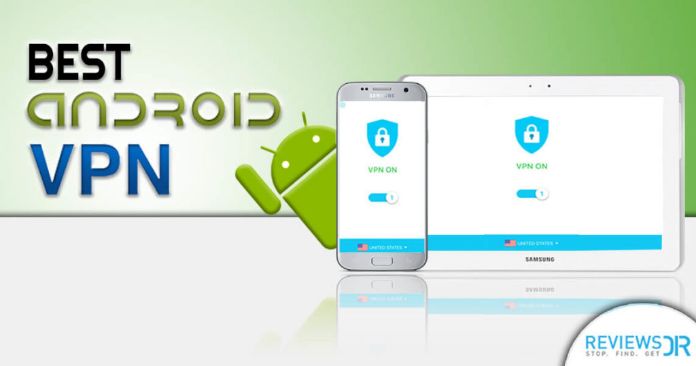 As the most popular mobile operating system, Android has come under increased attacks from malware. To make matters worse, most Android devices are used on unprotected wireless networks (such as Wi-Fi hotspots) to access the web. When this happens, all your communications via the Android device will be exposed to a series of online threats including identity theft for vital personal information, snoopers, malware, and more. That is why you need a VPN for your Android device.

The problem is choosing the best VPN for Android. There are more than 100 VPN providers on the market. Not all of them are made equal. Some providers focus on mobile platforms and others tailor their services to desktop based systems, while a few that have the resources focus on both desktop and mobile platforms.

Android is a large mobile platform that needs a dedicated VPN app to connect to a VPN service without a hitch. The best providers have poured a lot of resources in simplifying the way Android users connect to their VPN services. If you are one of the millions that use Android devices and are searching for the best VPN for Android, read ahead for the top choices.

If you haven’t heard about HideMyAss, you’re probably looking in the wrong place. The London-based VPN service is the largest provider of personal VPN services in the world. HMA offers everything you’d expect from a VPN service, supported by the company’s massive network of VPN servers in more than 60 countries.

After purchasing a subscription plan, the sign up process takes anywhere between 10 and 30 minutes, but it is amazingly simple courtesy of the company’s advanced client software.

There is a dedicated Android VPN app for mobile users that gives users access to the same quality features and services as desktop users have access to.

Users that are budget constrained yet want a quality service will find PIA an appealing option. By far, the company’s offerings are the most affordable yet this doesn’t affect the quality of service they provide. Users will also be pleased to learn that Private Internet Access is fully committed to user anonymity as they don’t keep activity logs whatsoever.

PIA offers a dedicated Android VPN app that provides a simple way to connect to the company’s VPN servers to hide your identity and enjoy the security that comes with it.

ExpressVPN is another top VPN provider that offers solid services and features. Whereas the company’s subscription plans may be a little pricier compared to competitors, users get access to unlimited usage and services, in addition to superior quality.

ExpressVPN has the largest collection of dedicated VPN apps for mobile, including iOS, Windows, and Android.

The company’s VPN service supports almost the whole range of protocols on its desktop and mobile apps, including SSTP/SSL, OpenVPN, PPTP, and L2TP/IPSec. This is especially useful for users whose devices might not be compatible with a particular protocol. Take advantage of their 30-day money back guarantee to gauge their quality.

As one of the better known US-based VPN providers, StrongVPN usually stands out for its excellent customer support, along with a host of other quality services.

The company has a presence in 19 countries around the world, with more than 9000 IP addresses for users to choose from.

Setting up StrongVPN to work on your device requires no dedicated VPN client. Instead, the service is configured using the computer’s native network settings, or mobile connectivity settings in the case of Android devices. With support for PPTP, OpenVPN and L2TP protocols, you are guaranteed the best security and privacy online courtesy of encryption levels that can go up to 2048-bit.

Based in Hong Kong, PureVPN has more than 300 servers in 22 countries, and serves a loyal legion of users who were attracted to its no-frills service and simple set up.

Pricing for the company’s packages is at par with the average in the industry, and there are regular discounts that new users can take advantage of.

The company offers good customer service all round the clock, in addition to a range of tutorials to help users troubleshoot common issues.

PureVPN is a decent VPN service overall and an affordable option if you are looking for Android VPN.