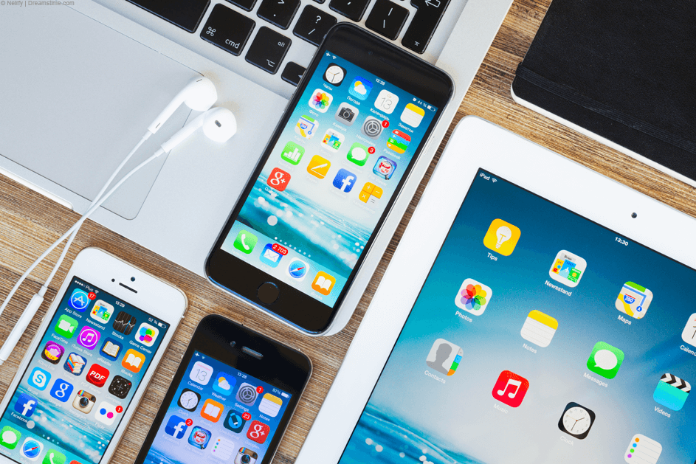 As the iPhone’s popularity continues to soar, demand for iPhone VPN services continues to increase. However, the provider space seems to be reaching saturation point with dozens of VPN providers to choose from. Of course, this only makes it harder to choose the best VPN for iPhone.

Many VPN providers are now focusing on offering quality iPhone VPN apps that offer identical features as the widely available Android VPN apps. A good iPhone VPN allows fast connections, great features, good usability, reliability, and overall good software quality. Mobile VPN apps are notoriously hard to make reliable due to network coverage issues introduced by the ‘mobility’ factor as well as sessions that have to be suspended and resumed to save battery power.

A good iPhone VPN app should provide the following functions:

Security – One of the basic functions of a VPN, security is enforced through user and device authentication, as well as data encryption enforced by the VPN protocol.

Performance boost or acceleration – Performance on a wireless network can be enhanced through data compression and link optimization, particularly on mobile networks that may restrict bandwidth.

Roaming – Any virtual connections are kept active when there is change of networks. The mobile VPN app performs automatic logins.

Security-wise, the VPN app should support OpenVPN as the rest of the protocols can be cracked.

US-based Private Internet Access offers superior connection speeds and full commitment to privacy with its VPN services. The service supports a number of systems and devices, and has a dedicated iPhone VPN app.

To subscribe to PIA VPN, users can purchase either a one month plan at $6.95, a six month plan at $35.95, or a one year plan that offers the biggest discount at $39.95. Evidently, these rates are far cheaper than market averages, but there is no free trial period. Thus, you have to purchase a plan if you want to test the service.

IPhone users enjoy the same level of privacy and security as those using other platforms. Many users also like the extra effort that PIA takes to guard their privacy, such as encouraging anonymous email and Bitcoin payments ay signup.

The signup process is a breeze: once you complete the payment, you will receive an email with account activation details and how to download your iPhone VPN app.

The iPhone VPN client only supports L2TP and PPTP protocols, and there is a complete setup guide for the app that is fairly straightforward.

ExpressVPN is known for creating a wide array of VPN apps for all major device platforms on the market. The company’s apps run on Mac, Linux, Windows, iOS, and Android, among others.

Firstly, you need to purchase a subscription plan before you can access any of the company’s VPN apps. Evidently, the company’s plans are a bit more costly compared to immediate competitors. The monthly plan costs $12.95 while the six months plan costs $9.99 per month billed $59.95 for the entire period. The one year subscription is available at $99.95.

If you subscribed to use the service on your iPhone, there is a dedicated iPhone VPN client. The best thing is that there are clear setup guides for every app after downloading and installing on your device.

As with other device apps, you will need to download configuration files for your iPhone VPN app. After downloading the files to your computer, you will need to unzip the containing folder and copy them to the phone via a SD card or USB.

Once you have the files, next is to configure the appropriate protocol and once everything is properly setup, the app will be up and running.

ExpressVPN is a clear winner when it comes to mobile VPN apps including the iPhone VPN app.

It’s no surprise that the biggest personal VPN service, HideMyAss, also offers one of the best iPhone VPN as the company expectedly has the resources to create an advanced VPN app for iPhone. Although the company’s main focus was desktop users, they recently released a dedicated iPhone VPN client available at the iTunes app store.

The app is built for both iPhone and iPad with iOS versions 5.0 and above, and while it is fairly new, the company claims that it is identical in features to the groundbreaking Pro VPN software for desktop.

You need to purchase subscription before you can download the app. Available plans include the monthly plan at $11.52, the six months plan at $49.99, and the one year plan at $78.66.

There are setup guides for downloading and configuring the iPhone VPN app to work on your phone. Once it is properly setup, you will enjoy all the VPN features that HMA VPN offers, such as privacy, anonymity, access to region-blocked content, and more.

That being said, the big players tend to have more resources to invest in creating high quality mobile VPN apps, and so far, most have not disappointed.

ExpressVPN still holds top spot for the best mobile VPN apps (based on user and expert reviews), but HideMyAss and Private Internet Access have both created solid iPhone VPN apps to enhance their overall VPN offerings.

If you are looking for the best iPhone VPN app, you are most likely going to end up with any of the three providers discussed above, and rightly so.