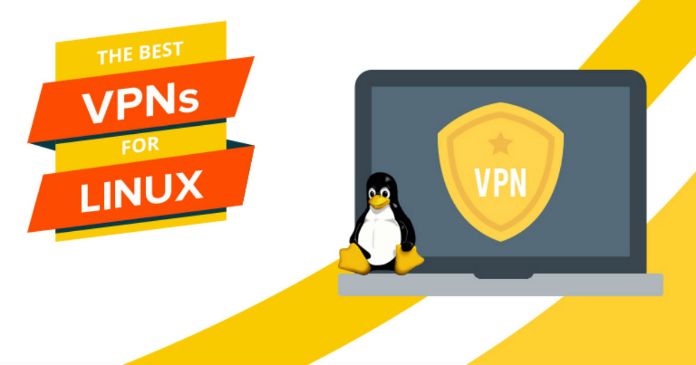 While Linux is a very secure operating system, it is not entire foolproof when it comes to threats. You still need protection when browsing the Internet. Moreover, many Linux users like to connect to the Internet via an instance in Virtual Machine mode that is separate from the native operating system and, therefore, not as secure as the main operating system.

The majority of VPN providers recognize that Linux is already secure inherently, compared to other popular platforms, but this doesn’t mean that you will be protected from spying websites or other types of intruders. All the major VPN providers support at least one version of Linux, which in the overwhelming majority of cases id Ubuntu.

That said, you can still find a VPN service that supports a rare, more specialist Linux distribution if you do a little searching. There are set up instructions for other less popular distributions online, and even some providers are kind enough to offer support.

So if, like many other users, you prefer the freedom and stability that Linux brings and want to augment that freedom with a VPN service, here are some of the best VPN for Linux in the market at the moment.

HideMyAss rarely misses on any list of the best VPN providers for whatever service you can think of, and rightly so. The London-based provider has the largest VPN server network in the world and offers the highest number of personal VPN features and services.

The company offers solid client apps for Windows, Mac, and Linux, with respective support material and setup guidelines. For normal VPN usage, it’s hard to beat the quality of service offered by HMA.

If you are looking for a 100 percent anonymous VPN for Linux, however, look elsewhere as HMA keeps user logs in accordance with UK data retention laws.

Private Internet Access is one of the few providers that are serious about privacy. They don’t keep user logs and encourage users to increase their anonymity by using anonymous emails as well as payment systems that do not easily reveal personal details.

The company’s custom VPN client software comes with lots of features to enhance the already superb VPN experience. In addition to the OSX and Windows app, PIA offers support for setting up OpenVPN and PPTP protocols on Ubuntu. Unfortunately, they don’t have setup guides for other Linux distributions, but their Ubuntu support should please a good percentage of Linux users.

With a server coverage spanning 33 countries and exceptionally fast connection speeds, ExpressVPN easily out-competes its closest competitors in terms of overall quality of service. However, pricing for the three plans is somewhat higher but the service is worth the extra dollars. With their generous 30-day money back guarantee, you have the luxury of trying out their features  before digging deep into your pockets to buy a plan.

ExpressVPN doesn’t retain traffic logs, but it does keep other user logs. The major downside is that it doesn’t allow peer-to-peer downloading.

StrongVPN offers an amazingly secure and fast VPN service. The veteran Internet services provider has build a solid reputation of trust in the 15 years it has been in operation. The company launched its VPN services provision in 2005 and has since grown into one of the best providers on the market.

Based in San Francisco, California, StrongVPN boasts of a 288-server network encompassing 19 countries. Besides their fast connection speeds, StrongVPN offers excellent customer support, arguably the best among the top providers. You don’t need a custom client terminal to use StrongVPN; instead, you add a few configuration details to your LAN settings, be it Windows or Linux.

PureVPN is a Hong Kong based VPN provider with a massive VPN server network in 22 countries worldwide. Since its creation in 2006, PureVPN has built an impressive portfolio of VPN features for personal computing.

Previously, PureVPN offered no custom software to sign up to their service and instead relied on LAN settings. However, the company now offers custom and dedicated VPN client software that makes for seamless connections to the service. While there is no dedicated client app for Linux, users can still set up the service using LAN configuration settings.