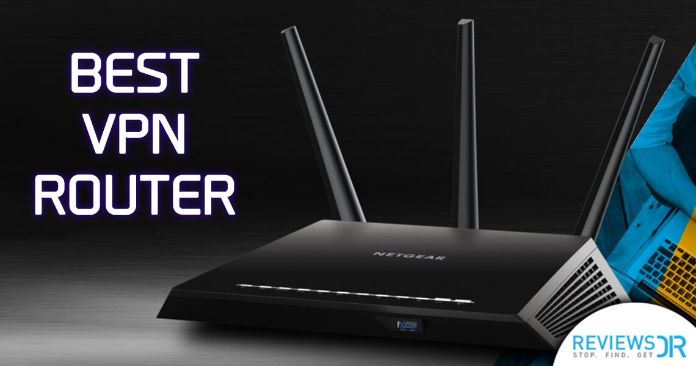 A VPN router is a network device that enables you to use multiple devices on the same VPN subscription account. A VPN router is especially ideal for a home network when you need a safe connection for your Internet-enabled entertainment unit as well as other wireless gadgets such as your Smartphone, tablet, gaming console, and laptop, among other things. The best VPN router will allow you to enjoy the time-tested security and privacy of a VPN, along with other benefits that come with subscribing to a VPN service. A VPN router is fast becoming a must-have tool for home networks and small office settings.

Uses Of A VPN Router

Ordinarily, when you subscribe to a VPN service, your account allows you to connect one device at a time. This means that if you want to use a second device, you need to disconnect the current active device and connect with the second one.

Not so with a VPN router; as its name suggests, a VPN router routes your secured Internet to all your wireless devices at the same time. Thus, you don’t need to deactivate one connection before activating another one on a different device.

Essentially, a VPN router is used to extend the features of a VPN service to multiple devices on a network using a single subscription account, particularly devices that don’t have native VPN support.

These network devices come in a range of types with varying capacities. Routers with a small range and low speed are ideal for basic surfing at home. However, there are business class routers with a high working range and great speed.

How To Choose A VPN Router

As with a VPN service, you need to choose the best VPN router to make the most of your connected wireless network. However, unlike choosing a VPN service, selecting the best router is not a complicated process. There isn’t much to ponder when selecting a VPN router besides the details about your home network.

That being said, you should know that using a router will affect your connection speeds, albeit minimally. Nonetheless, the benefits of using a VPN are well worth the speed sacrifice.

If all you do is basic web surfing, then just about any VPN router will do. However, if you’re a heavy Internet user and want to maintain the same fast connection, choose a dual-band router.

The type of network you have should also be put into consideration. If most of your devices are wireless, there are routers specially made for connecting wireless devices such as tablets and Smartphone.

Most importantly, your VPN service must be able to support this kind of extension because not all providers support DD-WRT set ups.

The ASUS RT-N16 offers superior performance with some of the best router technology currently available. The multi-purpose router can be used for lighting fast wireless N connectivity, or as a BiTtorrent hub, FTP storage, or as a print server. Specifications include 128MB RAM, a 480MHz processor expandable up to 533MHz, and Linux operating system.

The ASUS RT-N16 is super easy to setup as it comes with a handy installation CD and a simple user interface. And for bandwidth intensive applications such as gaming, streaming or video calls, you can optimize your bandwidth using the EZ Quality of Service feature. The router comes with a built-in BiTtorrent client that transfers download duties to the in-built storage directly from the PC. This makes it possible to share downloaded content without first accessing your computer.

The ASUS RT-N16 can turn into a computer and web server by connecting an external hard-drive and installing DD-WRT.

Overall, the ASUS RT-N16 is one of the best VPN router out there with a stable signal, a good range, and decent throughput.

The Linksys E900 is a fairly reliable router that is easy to setup and use. It is well built and looks sleek, ideal for people whose surfing needs are basic.

Features include wireless technology capability with 802.11 technology, up to 300Mbps transfer rates, SPI Firewall along with WPA2 encryption, support for IPv6, a media server, and a speed boost feature.

Setting up the E900 is a straightforward affair. The installation disc that comes with the unit takes you through the quick steps for setting up the router. Within minutes, you’ll have an active wireless connection.

The speed is decent courtesy of the 2T2R antennas and if your device has the compatible adapter, you can achieve N speeds. Each pair of antennas is supposed to achieve 150Mbps (to make the 300Mbps on the spec sheet). However, in practice, you may not actually achieve the 300Mbps.

The range is modest too in practice and it depends on the transmission power. If you have short-range devices, this router will be a good pick.

In all, the E900 is not the best VPN router you can get, but it is a solid, reliable router particularly suited to short-range applications.

The ASUS RT-N66U is a dual-band wireless router with a range of features and functionality. ASUS never disappoints with its networking devices and it certainly was on point with the RT-N66U. The unit is packed with the latest features in networking technology and some amazing specifications.

The RT-N66U comes with 3 detachable antennas for maximum coverage range. It has IPv6 support as well as Ethernet and 802.3 technology support.

The power of the RT-N66U is possible courtesy of the 600Mhz processor and the 256MB of RAM.

The ASUSWRT helps you to set up the unit easily, configure user access, and keep track of the signal. The RT-N66U is built for powerful performance in larger homes with long-range devices as the built-in Wi-Fi amplifiers boost the signal range.

The RT-N66U suits any type of user, whether you’re a casual Internet surfer or a tech savvy power user. The unit delivers amazingly fast wireless and wired connectivity. Maximum speed is 900Mbps, with 450Mbps delivered on the 2.4MHz band and another 450Mbps on the 5GHz band ideal for bandwidth demanding applications.

The Linksys WRT54GL VPN router offers great value for money. It’s one of the most affordable routers you can get yet it comes with a solid feature set. The WRT54GL has a good user interface that makes it a breeze to set up the device as well as its client card interface.

The unit is loaded with a host of features, but you’ll especially be pleased with the security options such as 802.1x, MAC address filtering, WPA, and WEP. The unit allows you to create access policies based on time and date, a particularly reassuring security measure.

For game support, you can configure triggers or open several ports that support online gaming. Bandwidth control on the WRT54GL is possible via QoS and DMZ.

While these are undoubtedly solid offerings by the WRT54GL, its throughput could do better especially at intermediate distances. Nonetheless, you’ll get a strong signal up to around 160 feet.

The WRT54GL is not the best VPN router, but it’s clearly above average for basic Internet surfing. A superb interface, solid security features, and plenty of configurable features make it among the fastest and most reliable entry-level VPN routers.

Packed with an impressive feature set, the Linksys E2000 from Cisco doesn’t disappoint in terms of performance. And if aesthetics matter to you, the Linksys E2000 is one of the better looking routers out there and can be an excellent addition to your home décor collection.

The Linksys E2000 ships with a setup CD that makes it easy to install the router. The CD also contains the Cisco Connect software for managing the unit.

The E2000 allows you to setup guest networking, a feature that lets your guests (up to 10) use the router via a separate network that prevents them from accessing your local resources.

Although this router is dual-band (supports 2.4GHz and 5GHz), it cannot work in the two bands simultaneously. And to switch to the 5GHz band, you can only do it via the Web interface.

The unit’s Applications and Gaming feature is also accessible via the Web interface where you can configure a range of functions such as port forwarding for online gaming, FTP, and remote desktop, among other things. For maximum security, all wireless encryption standards are supported on this router, including WPA, WPA2, and WEP, among others.

In all, choosing the best VPN router should not be a hassle. The routers reviewed above are among the best, but what’s best for your home need not necessarily be among the best five routers.