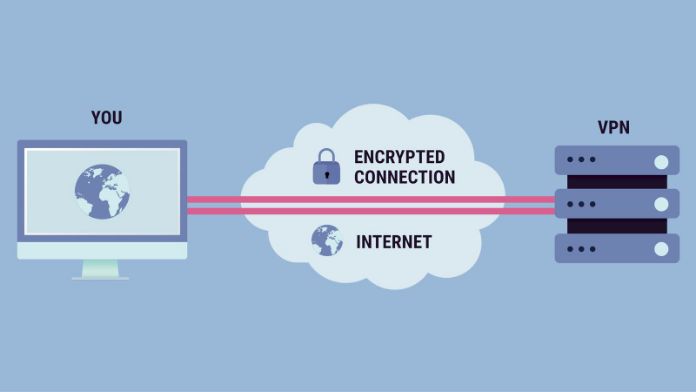 When you enlist to a VPN service, the encryption and security you enjoy is only possible with a VPN protocol. In fact, your VPN connection is only as good as the encryption of the protocol in use. L2TP/IPSec is one of the most secure protocols in use today. L2TP and IPSec are, in fact, two different protocols. However, when implemented on its own, L2TP does not encrypt your data and doesn’t guarantee its confidentiality. Thus, IPSec is used alongside L2TP to provide that encryption when needed.

The additional encapsulation when L2TP is used with IPSec leads to a slight loss of performance due to the overhead introduced. For this reason, L2TP/IPSec tends to be slower than either protocols used separately.

Here are the best VPNs for L2TP/IPSec:

Prospect VPN users searching for a decent provider will, most certainly, come across HMA as one of the most viable providers to subscribe to. HMA has used its popularity as the largest provider of personalized VPN services to build a strong online presence as well as a growing legion of dedicated users.

HMA offers three pricing plans including a one-month plan, six-month plan, and a yearly subscription. Moreover, new users can take advantage of the massive discounts that the company is currently running as a Christmas promotion.

When you subscribe to any of the company’s plans, you can choose between L2TP/IPSec, OpenVPN, or PPTP protocols using the company’s advanced Pro VPN client software.

While PIA offers OpenVPN as standard, users can choose other protocols such as L2TP/IPSec or PPTP in case OpenVPN is not practical in their circumstances. In addition to this flexibility, PIA offers very affordable packages ranging from $6.95 for the one-month package to $3.33 per month for the yearly package. The six-month plan comes at $35.95.

Besides affordability, PIA’s other big advantage is its solid commitment to protecting the privacy of its users. Taking advantage of the absence of mandatory data retention laws in the US where it is based, PIA does not keep user activity logs. It goes further to ensure users’ privacy by encouraging anonymous payment methods and emails.

ExpressVPN is one of the most easily recognizable names in the VPN space. Whether you’re a desktop or mobile user, ExpressVPN has made its services easy to access through a wide range of VPN apps. In fact, it is touted as the VPN provider with the highest number of apps, especially for mobile platforms.

What’s more, all their mobile apps use OpenVPN by default, which is pretty impressive from a security standpoint. OpenVPN is also supported on the desktop platforms, but other options exist as well, including PPTP, SSTP, and L2TP/IPSec.

Although the company’s prices appear to be on the higher side, you can take advantage of the 30-day money back guarantee to try out the service before making a long-term commitment.

IPVanish is the baby among the top players, having been officially launched in 2012. However, the company has had a meteoric rise since then, thanks to its superior network infrastructure that has enabled the company to deliver on its promise of quality.

The company’s VPN app is compatible with Windows and Mac platforms, and there are versions for the mobile platform too.

Once you subscribe to their VPN service, you’ll be able to enjoy top-notch security courtesy of the OpenVPN protocol that offers the strongest encryption levels. In addition, you can still get 128-bit encryption with L2TP or PPTP if you don’t want to use OpenVPN.

When it comes to choosing a suitable package for your VPN connection, you’ll be spoilt for choice with StrongVPN’s plans, each of which comes with unique features based on the country where you’re based. The basic and cheapest package comes at $7 and with it, you’ll have access to a limited number of servers.

Other packages cost $10, $15, $20, and $30 per month. StrongVPN guaranteed the security of your data through the strong encryption of the OpenVPN protocol. PPTP and L2TP/IPSec are the other options.

PureVPN is based in Asia (Hong Kong to be precise), so it’s strategic position makes it a top candidate when you’re searching for a VPN to unblock government censored websites, a practice that is common with Asian authorities such as China and Pakistan.

Besides accessing blocked websites, PureVPN provides trusted security and privacy for your data while protecting you from online stalkers. The company offers all the major protocols including L2TP/IPSec, OpenVPN, and PPTP, and there are no limits to bandwidth usage.

PureVPN doesn’t support SSTP and offers no dedicated IPs as well, but the company’s speed and reliability have won the hearts of many users over the few months it has been in operation.