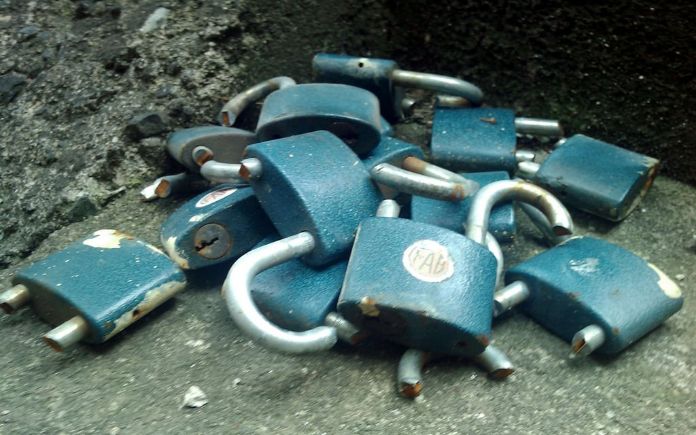 PPTP (Point-to-Point Tunneling Protocol) is a basic VPN protocol that’s widely popular because of its simplicity and easy setup. It is natively supported in almost all major desktop operating systems and a few mobile platforms. PPTP’s implementation is based on the client-server model.

PPTP’s biggest downside is its low security standards. It offers encryption levels of up to 128-bit key, which is generally considered weak but sufficient for average users. In other words, you’ll be safe with PPTP if you’re only surfing casually, sharing pictures, or just checking personal email.

If you’re going to be reading sensitive emails or carrying out serious transactions online, PPTP may not be secure enough. It does not guarantee data integrity; worse, the MS-CHAP authentication method it uses is very vulnerable.

Also, PPTP is usually the first victim of censorships and blockages because it’s easy to restrict. Nonetheless, it remains popular due to its ease of setup and use, low maintenance, and it is one of the fastest VPN protocols. For these reasons, many VPN providers still offer PPTP alongside other more secure protocols.

If you’re looking for the best VPNs for PPTP to subscribe to, here are the top contenders:

Christmas comes early at HideMyAss, the UK-based VPN provider and the largest on the market. HMA is running a Christmas promotion where new subscriptions attract discounts of up to 56% depending on the plan.

As the largest provider of personal VPN services, there’s little doubt that a sizable chunk of the company’s customers use PPTP, which is one of the protocols offered in addition to OpenVPN and L2TP.

Subscribing to the largest VPN provider gives you access to 519 servers that span 63 countries. Each time you connect, you get a different IP address from a pool of more than 61,500.

Private Internet Access has VPN servers in nine countries with more than 351 servers. This means that it is able to guarantee high connection speeds and overall quality to its loyal users mostly based in Western Europe and North America.

PIA supports PPTP, L2TP/IPSec, and OpenVPN on its custom-built apps for desktop and mobile. The company allows P2P connections as well as BitTorrents. PIA’s commitment to privacy has thrust it to the top as one of the most trusted and subscribed VPN providers at the moment. Also, in terms of price, no other provider among the giants beats PIA.

ExpressVPN is another major player in the VPN space, with a network comprising more than 200 servers covering 35 countries. The company offers custom-built apps for Android, iOS, Windows, and Mac OSX, and supports OpenVPN, PPTP, SSTP, and L2TP/IPSec. Evidently, ExpressVPN appeals to a wide range of users and this has been an important factor in winning hearts.

Price-wise, ExpressVPN is not ideal for budget hunters. The one-month package comes at $12. 95 while the six-month plan costs $9.99. The yearly subscription costs $8.32 per month, but this is still high compared to the average.

Nonetheless, if you’re looking for pure quality and reliability, ExpressVPN is worth the money.

With more than 100 servers in 43 countries and 7000 IPs to choose from, IPVanish has grown faster than most people anticipated when it had just opened doors in 2012. The company’s pricing structure is bang on the money given the features that come with their offers. Moreover, customers can enjoy discounts of up to 46% on the annual package while those who buy the three-month package can save 25%. The one-month package attracts a discount of only 17%.

The company’s easy-to-use client makes it very convenient for users to connect to the service anytime, anywhere. The client allows you to switch servers and change IPs with ease and without limits. The company also released mobile versions of its client for Android, iPhone, and iPad.

StrongVPN operates a VPN network comprising more than 287 servers in 19 countries. However, besides that gigantic network, StrongVPN is better known for its excellent customer service, supported by more than 10 years of innovation and experience in offering secure online browsing services along with many other VPN services.

StrongVPN offers PPTP among its VPN protocol suite that also includes OpenVPN and L2TP/IPSec. The company splits its packages according to the available protocols as well as the user’s country or current location. StrongVPN might not be the perfect companion if you need high levels of privacy and anonymity, but the quality of its VPN services is hard top-notch.

PureVPN is a Hong Kong based VPN provider with more than 50 servers in 17 countries. The company allows its users unlimited server switches every month and also promises to introduce dedicated IPs in the near future.

PureVPN offers a no-frills VPN service, focusing on core VPN features rather than extras. However, there is no mistaking the quality of its service. In particular, PureVPN’s browsing speeds are among the very best you’ll get, which is really refreshing given that all VPN connections affect performance in some ways.

Finally, PureVPN offers the largest array of VPN protocols including L2TP/IPSec, PPTP, OpenVPN, IKEv2, and SSTP. As the name suggests, PureVPN is for VPN purists looking for a simple but fast service.