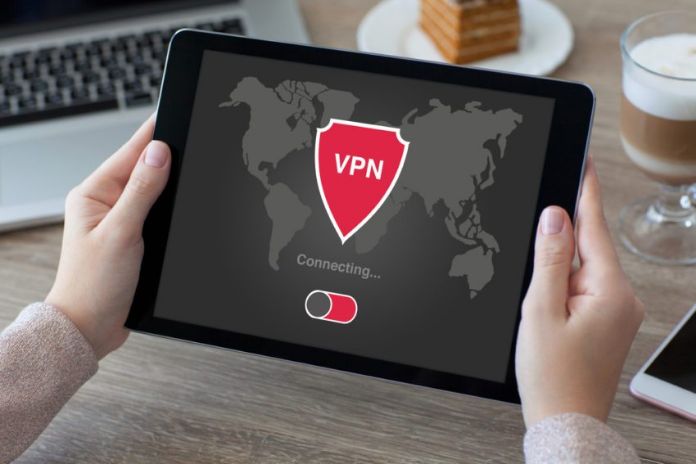 Android powered tablets are extremely popular now and compete favorably with the iPad, the closest rival. However, like the iPad, tablets are typically used on a public network such as Wi-Fi hotspots or via a broadband connection. That would seem a good thing, but without a VPN, you’d be exposed to a plethora of threats especially if you were using a public network such as a Wi-Fi hotspot.

Unknown to many users, it’s extremely easy for an intruder on the same Wi-Fi network to get hold of your sensitive information.

A VPN for tablet allows you to securely connect to the Internet with your device. Moreover, you can enjoy a lot more benefits on your tablet besides security, including access to geo-censored content and the ability to hide your online activities behind a new IP address, among others.

Most VPN providers offer VPN apps for tablet, mostly available for download from the Play Store. However, not all apps are made equal, and, therefore, only a handful of them will give you the best security.

In here you can find the top 5 VPN providers for any kind of tablet and please be aware that personal preferences and experiences are different, these five providers standout because of offering a consistently high quality service.

HideMyAss is a 5-star provider of personal VPN services and is the largest of them all. Based in London, HMA offers arguably the largest set of features, not to mention that they have the largest network of VPN servers. You can use their service in more than sixty countries, with no limit to the number of server switches you can make.

HMA’s Pro VPN software is largely regarded as the most robust, and there is a mobile version both for Android and iOS. With a Christmas sale now on, you want to protect your tablet using HMA’s superior VPN service.

ExpressVPN is a decent all-round option that caters both to small businesses and individual users. The company’s client software supports all major VPN protocols including PPTP, OpenVPN, L2TP, IPSec, and SSTP.

ExpressVPN has customized its client software for a range of mobile platforms including Android. In fact, it is because of the company’s multi-platform support for mobile devices that it is regarded as the best VPN for mobile. It also offers extended support for gaming consoles and other Internet-enabled devices via a DD-WRT router.

IPVanish is a VPN provider with 60 servers mostly in Europe, North America, and Asia. The company offers three pricing plans, but unlike most providers, there’s a three-month plan instead of the usual six. Once you’re subscribed to their service, you get a free download of the client software. Users can choose from 2500 IP addresses to protect their online privacy.

There are three supported protocols including L2TP, PPTP, and OpenVPN. Supported platforms include Mac OS X and Windows for desktop as well as Android and iOS for mobile.

As one of the most trusted providers on the market, StrongVPN is a highly reputed provider offering a varied feature set that caters to every type of user. However, the company differs from its rivals in that it doesn’t provide custom-built client software. The advantage here is that you don’t have to go through the hassles of downloading software. However, the downside is that the setup and configuration process is a bit more technical.

Once you’re subscribed to StrongVPN, they will send you setup details along with a username and password. For Android devices, they must have firmware version 1.6 or higher (newer) to be able to setup VPN service.

PureVPN is a great service for new users, but seasoned VPN users will also find it a pleasure. The company offers three subscription plans including Standard, Pure Gold, and Unlimited. The company guarantees 100% online security for its users, but before June 2013, this only applied to desktop users.

The company released an Android VPN app for users in June 2013. The app supports PPTP and L2TP protocols. The Android VPN app makes it extremely easy for users to setup the VPN connection. Once setup, users can select a server from a list or let the app do it for them randomly. The app also comes with a host of other features that enhance the whole VPN experience.