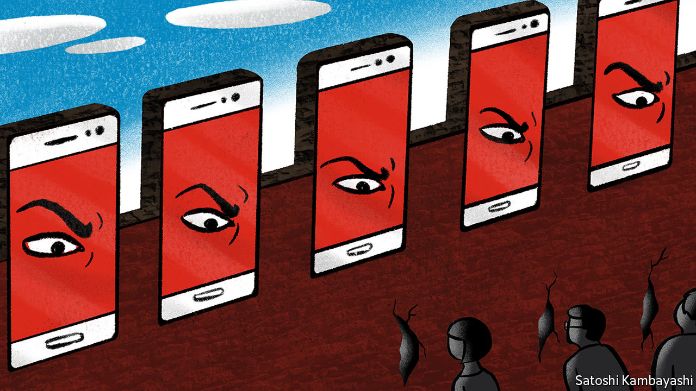 It is fair to say that no firewall on earth is completely without holes, and this is certainly true of the so-called Great Chinese Firewall, the Chinese government’s system for censoring and blocking public access to what it considers to be inappropriate websites. The latest news is that a band of web activists has worked out how to dodge the Great Firewall in order to reach the previously blocked Chinese edition of Reuters’ website. Following the efforts of the activists, who are members of a group by the name of GreatFire, Reuters’ Chinese edition can be accessed in China by means of a mirror website.

The content normally available on Reuters’ Chinese site can be seen via a mirror website, hosted using AWS (Amazon Web Services). GreatFire plans to provide a second version of the Reuters site, to be hosted on Google servers.

The good news for persons in China wishing to visit the Reuters website is that the domains used for hosting the mirror websites are not banned in China. That means reading the content on the blocked Reuters site can be done easily – by punching in the mirror site’s URL.

GreatFire’s activists got together to found the group in 2011, with their aim being to push back against web censorship by the Chinese authorities. In the case of Reuters, the activists at GreatFire decided to set up the mirror website as their response to China’s recent block on Reuters and also the website of the Wall Street Journal.

“Charley Smith” is the pseudonym of one of GreatFire’s co-founders, and he stated that he and his colleagues were displeased by the new Chinese blocks and resolved to take action in retaliation. However, Smith conceded the action was “symbolic”, since the mirror website’s URL is not widely known by people in China. Nevertheless, Smith declared the action by GreatFire, which is itself banned in China, to be “a shot across the bows of the Chinese censorship mothership.”

While most of the website mirrors set up by GreatFire have been blocked by the Chinese authorities, the version hosted using AWS is not so easy to block, because doing so would require blocking the entire Amazon Web Services URL range.

Another initiative by GreatFire was to mirror censored content from Sina Weibo (site for Chinese micro-bloggers) on a website by the name of FreeWeibo. While Freeweibo.com is now the subject of yet another Chinese government block, it is still possible to reach both this and other banned sites using a variety of anti-filtering tools. According to GreatFire’s “Charley Smith”, up to fifteen thousand Chinese citizens are using such web tools to visit FreeWeibo every day.

When launching a mirror website of Reuters’ Chinese site, GreatFire did not bother to seek permission from Reuters itself. However, a blog post on GreatFire’s website promised the mirror would be taken down if a request to do so is received from Reuters.

A spokesperson for Reuters disclosed that the firm was “aware” of GreatFire’s action and was in the process of “reviewing the matter”.

Along with “Charley Smith”, “Martin Johnson” is another prominent GreatFire activist. Both claim “close ties to China”, so justify their use of pseudonyms out of fear for their safety and that of their families. “We don’t want to end up in a Chinese jail,” said Smith.

GreatFire’s greatest hope is to see China’s Great Firewall come tumbling down. The group likes to think that its campaign of mirroring banned websites might one day lead to the authorities in China relenting on their policy of web censorship.

In an impassioned blog posting, GreatFire called upon the Chinese President, Xi Jinping, to “lift the block on these two websites and the hundreds of others. Do it in one swift movement. You will catch everybody off guard. And you will create your own lasting legacy as a true reformer.”