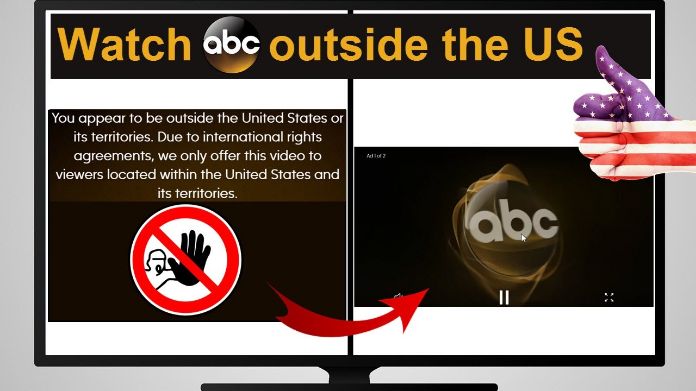 The American Broadcasting Company (ABC) is one of the largest and best known media networks in the US and now offers on-demand content via its online streaming service known as ABC Player. Users can access the service by visiting the network’s main website. To make the service a truly on-demand offering, ABC Player can be accessed on a wide selection of devices including tablets, notebooks, desktops, smart TV sets, and supported smartphones via native apps.

The ABC Player’s program offerings have made it a hugely popular service. The convenience is unimaginable because you don’t have to wait for a fixed time on TV to watch your favorite show. With popular shows such as Dancing With The Stars, Once Upon A Time, Grey’s Anatomy, 666 Park Avenue, Nashville, Private Practice, and Last Man Standing, among others, there’s now no excuse to miss one second of any episode.

While you can watch any of your favorite shows on ABC Player, it is only possible when you are in the US because ABC restricts access to its content to only US-based users. ABC, like other popular streaming services in the US, uses location based restriction policies to ensure that users with US-based IPs are the only ones who can access their service. The network has valid reasons for restricting access to its content for users outside the US. It has to safeguard the copyright of its online content while at the same time, it does not have rights to broadcast in foreign countries.

Unblocking ABC Outside The US

All it takes to access ABC outside the US is a US-based IP address. You can use a proxy server to acquire a new IP address based in the US. Proxy servers are relatively cheap (and free for some), but his is a detriment because they are normally managed poorly, thus leading to a lackluster service. Most proxies are very unreliable and they cannot offer the bandwidth necessary for video streaming. As if that is not bad enough, proxies are easy to block, so you really need to do a lot of searching to find one that works.

Your best bet is using a VPN to unblock ABC. It works pretty much the same way as a proxy – assigns you a US-based IP – but uses much more advanced technology to enable you access a host of other services and secure your Internet connection.

To start using a VPN, you need to first subscribe to one. Average costs per year range from $35 to $90 per year, but the quality and speeds are much better than proxies.

Once you’re subscribed and have set up the VPN client on your device, you’re good to go.

But before you get there, which is the best VPN service to subscribe to given the hundreds of choices? Here are the best four:

HideMyAss – It mainly stands out because of its extensive network of VPN servers as well as flexible services.

IPVanish – A top contender with an impressive VPN server network built over a period of only two years, IPVanish is another provider to seriously consider.

PureVPN – PureVPN is committed to quality and continues to impress in all the basics of VPN services provision.