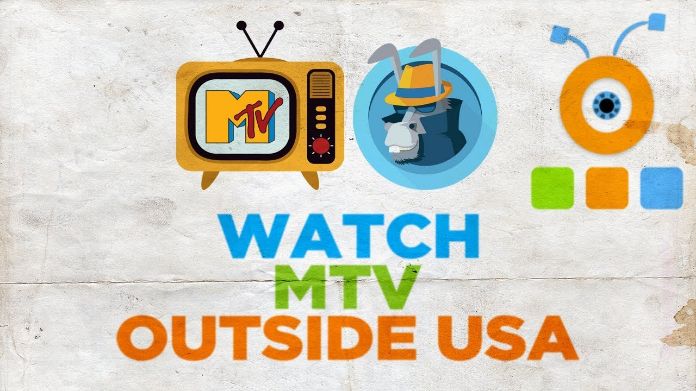 Understandably, millions of people in the US and abroad are addicted to the music channel MTV. As one of the most popular music channels, MTV offers its users access to its music content via their website. Content includes music videos, entertainment news and shows of all the popular music icons from the past as well as current stars.

MTV’s streaming service can be accessed via smart TVs, tablets, smartphones, or PCs using custom-built apps for the service.

“Sorry, this content is not available in your location”

While MTV is hugely popular internationally, its online streaming service is only accessible within the US. Trying to access the service from abroad will to the message “Sorry, this content is not available in your location” being displayed on your screen. There are genuine legal reasons for this restriction, which mainly have to do with content sharing agreements signed between MTV and content providers both within and outside the US.

The inability to access MTV from abroad can prove frustrating especially for US users living abroad. The censorship is typically enforced based on users’ IP addresses. The filters used on the MTV website block all foreign-based IPs from accessing content offered by the service. However, IP-based blocking also makes it relatively easier to go around the restriction and access the content. All it takes is a US IP address.

Using a VPN is the most reliable way to unblock censorship on the MTV web service. There are proxy servers and browser add-ons that can achieve the same effect as well, but these are very unreliable and the service will be severely degraded due to band width limitations.

However, with a VPN, the quality of service is hardly affected. Moreover, a VPN will transmit your data through an encrypted tunnel, including streaming traffic. This way, you can rest assured that your data will not be exposed to online threats.

VPN services are not as crowded as proxies. This allows the quality of service to remain superior so as to support the bandwidth demands of video streaming.

A VPN service offers various VPN servers based in the US. If you want to unblock MTV, you simply connect to any one of these servers so that you acquire a new IP based in the US.

There are countless options when it comes to choosing a VPN service, but the listed options below tend to rank as the best.

HideMyAss (HMA) – A VPN service needs to have a solid network of VPN servers in order to offer flexibility in accessing restricted content. This is where HMA excels most given its large network of servers (largest among all).

Private Internet Access (PIA) – With its state-of-the-art gigabit network, PIA offers more than 300 servers in the US alone, making it one of the best services to unblock MTV outside the US.

IPVanish – IPVanish has more than 100 servers in 47 countries, ensuring that you can access any website you want, wherever you are.

PureVPN – PureVPN has some of the best connection speeds of any VPN provider. The company’s focus on quality has won the hearts of thousands of users and new users sign up regularly.