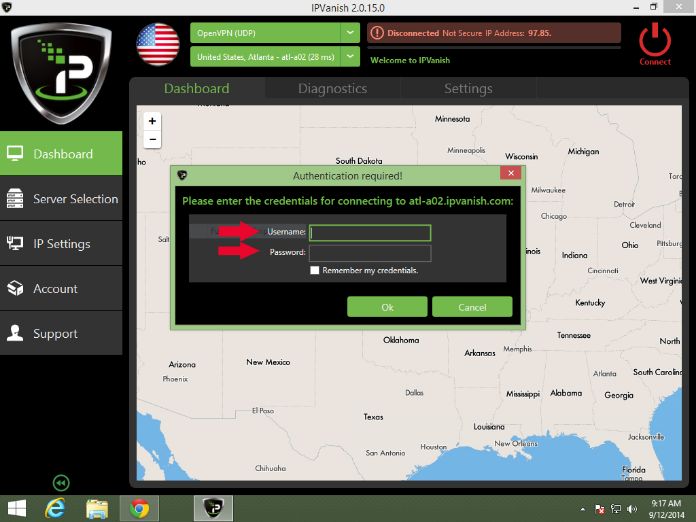 One VPN that’s leapfrogging to the top of the rankings round about now is IPVanish. This popular VPN network is not only one of the quickest on the block but its user base and worldwide infrastructure is growing at an amazingly rapid pace. For example, IPVanish has just rolled out another server, which is the seventh that’s been added in the last thirty days alone! The latest addition to the IPVanish server network is in Indonesia (Jakarta), but the good news for users of the service is that none of this new infrastructure will cost them a dime!

For your information, since October 25, IPVanish has installed servers in the following locations: Las Vegas, Mexico City, Vancouver, Paris, Budapest, Auckland, and Jakarta. These locations have been carefully selected for the purposes of optimizing IPVanish traffic and ensuring users get a great service, wherever on earth they are located.

Aside from increasing the size of its network, the developers at IPVanish have been putting a lot of effort into fixing a raft of bugs as well as improving the software in various ways. The new version of IPVanish for Windows (v1.3.1.17) is said to be the best and most stable yet.

The list of new IPVanish features and improvements includes: Users can easily select OpenVPN as one of the main protocols, and this can be done without adjusting program preferences; pressing the “X” button now causes the app to be minimized (previously, pressing this button would exit from the app); IPVanish now memorizes which protocol was previously used; connection status is displayed in the IPVanish task bar; when hooked up to VPN, client doesn’t ping every server.

The latest version of IPVanish has also fixed a number of bugs and flaws including the following: Behavior of pop-ups no longer causes multiple IPVanish instances to load; fixed bug that led to double launch of IPVanish; fixed error that occurred when there was a failure of OpenVPN connection; fixed behavior of icons; fixed issue in which anti-virus programs falsely identified IPVanish as a threat; fixed display color errors on systems running Windows XP.

IPVanish steams ahead of the competition

With a worldwide network comprising more than seven thousand IPs, and over one hundred servers in forty-six different nations, IPVanish has clearly become one hell of an important player in the VPN game. Furthermore, many reviews and tests assert that IPVanish is faster and more stable than the competition. If you plan on launching a new VPN service, it is fair to say that IPVanish is currently the one to beat.