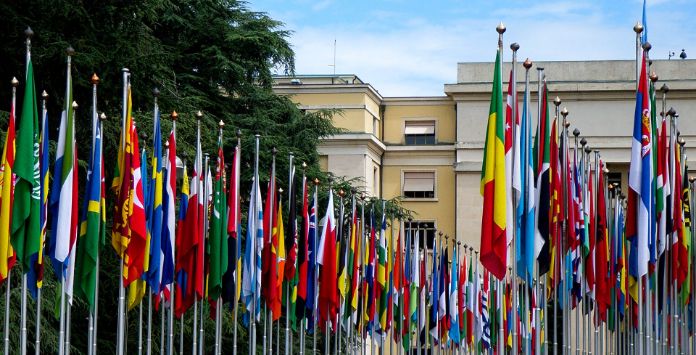 It appears that the U.S. has been trying to prevent potential damage to its interests by a United Nations resolution sponsored by Brazil and Germany. This resolution, which aims to restrict spying and internet surveillance, has been targeted by America for amendments and changes of wording, which, if accepted, would mean that a raft of spying operations by the U.S. against citizens of other states would remain fully legal.

A publication called The Cable somehow got hold of an official, confidential American document called “Right to Privacy in the Digital Age – U.S. Redlines”. This document apparently makes clear the objectives of U.S. representatives recently engaged in negotiations at the UN.

One objective was that the privacy rights mentioned in any new agreement should not extend beyond the terms of the International Covenant on Civil and Political Rights (ICCPR). This treaty, which has been in effect since 1973 (but was only adopted by the U.S. in 1992), asserts the rights of citizens of nation states and theoretically limits the actions of a state against its own citizens. However, it does not apply where actions are taken by one state against another.

A second objective of the U.S. at the current UN negotiations, which is revealed in the document now in the hands of The Cable, is to get the support of other states for American amendments. This strategy is aimed at weakening the power of the German/Brazilian draft resolution, and thus preventing any curtailment of the surveillance activities of the American NSA.

A further adjustment proposed by the United States is that the draft UN resolution should distinguish between illegal and legal surveillance. In other words, the scope of any agreement should cover only illegal surveillance. The U.S. maintains that much of its surveillance work falls into the category of “lawful collections” that do not infringe existing privacy rights; however, the U.S. is willing to sign on the dotted line of a new agreement expressing concern over “illegal surveillance”.

Further to the above, sources in the diplomatic world have informed The Cable that America is fearful that recognition of extraterritorial privacy and other human rights would be a potential spanner in the works for its drive to smash international terrorism.

One informant remarked that, in the opinion of the U.S. government, nation states should not be subject to any extraterritorial obligations so far as human rights are concerned. On the contrary, it was for “states to uphold the human rights of citizens within their territory and areas of their jurisdictions.”

IPVanish Partners with Boxcryptor – Cloud Users Win and Save
December 9, 2013